Frankie: Thanks so much for being here Cheri! Can you tell us a bit about your new release?!

Cheri: Courtesans Go Undercover is the third novel in the Space Courtesans Saga, and things are heating up for our heroine (in more ways than one).  With each planetary stopover, Dahlia and her mech-tech lover discover more and more about the darker elements of activity along the Rim, and how it all relates to the overarching plot against the Galactic Empire’s royal family—and threatens her beloved prince.

Dahlia is also struggling with her growing attachment to her mech-tech, and her need for not only his body but his heart as well.

Of course, there’s plenty of steamy sex to combust your eReader too. A couple of great ménage scenes left me needing to call on my husband after writing them, so if you’re not partnered up, then make sure you charge those vibrators, girls!

Frankie: Sounds like a lot of fun! I love books set in space! So what inspired this book?

Cheri: First and foremost, my inspiration for the Courtesans Saga series came from my love of space opera.  Growing up, I devoured everything Star Wars, Star Trek, Battlestar Galactica (the original) and Buck Rogers.  I still remember the beautiful outfits Princess Ardala wore in Buck Rogers and somewhat styled my main character Dahlia off of her sexy and seductive presence.  Now there was a woman who wasn’t afraid to go after what she wanted—and she wanted Buck.

I also love characters that are a bit broken and simply trying to put on a brave front that everything is okay—even when it isn’t.  Dahlia is very much this when we first meet her in Courtesans in Space, and it’s her mech-tech lover who begins to tear down her walls throughout the series.  Jace shows her that being authentic is the only way to truly connect with the world outside of her spaceship.

Frankie: Oh that’s awesome! I’m new to the Star Wars scene. I had never watched the movies until a year ago when I realized my Hollywood-Crush, Adam Driver was showing his abs in the latest movie. I binged them and have never been the same! So tell us, what do you Fan-Girl over? …Books, movies, TV shows…

Cheri: These days I’ve traded Buck Rogers for the Firefly television show (my main character is loosely inspired by Inara’s career choice).  I’ve got that puppy on DVD and binge it multiple times a year, though we don’t even discuss the movie in this household.  So disappointing!  I would’ve loved to have seen what Joss Whedon had in store for a season two. “Sigh”

As far as books, I’m a reading junkie.  I’ll read pretty much anything as long as there is some substance there that tickles my fancy.  If a romance has an element of mystery to it, then I’m all over that.  About the only thing I don’t read is straight-up horror. My imagination is too vivid to sleep at night after “seeing” so many terrible things in my mind’s eye.

Frankie: OMG I hear ya on the horror front. I tried to read a serial killer novel this winter while in a hotel room alone and couldn’t sleep. LOL. Okay, back to romance — what is your favorite kind of hero and why?

Cheri: I like all types.  Big and strong, or small and lithe.  Loud and boisterous, or brooding and thoughtful.  Instinctual or intelligent.  It doesn’t really matter to me as long as they all have one thing in common—they ultimately do what’s right and put the girl before self in the end.

Cheri: Well, I’m switching gears a bit on my next release (oh, the horror!).  Besides space opera, I have an abiding love for history and wanted to spend some time in the American Wild West as humanity spread that direction.  One of the big things I wanted to explore is what would make someone choose the extreme hardships of life on the prairie over the conveniences of city living back east.  So I decided to take a daring, deflowered debutant and transplant her to Montana to take care of four hunky brothers on their ranch.

And yes, I mean THAT kind of taking care of too.

Estella responds to and accepts a mail order bride proposition, not realizing that in marrying the oldest brother she is ultimately agreeing to be the bride of all four in this reverse harem tale.  But Essie has a secret of her own that she refuses to share with her husbands—and it’s one of the reasons she agreed to take the arduous journey to Montana.

One of the things I’ve had fun exploring in Captivating Cole is the method of travel available in the 1880s. From carriages to caravans, and trains to paddleboats, the journey over the western frontier was long, exhausting, and quite dangerous for an unaccompanied young lady.

So be looking for Captivating Cole, the first release in the Carston Brothers Ranch series, on June 30th.  And like all of my novels, you can expecting plenty of action—of ALL varieties.

Cheri: All of my books are free for Kindle Unlimited subscribers.  However, I’m offering Courtesans in Space, book one in the Space Courtesans Saga, for free over the Memorial Day weekend.  Be sure and pick up your copy during the 24ththrough the 27thand find plenty of heat this holiday—regardless of the climate in which you live in!

Frankie: Thanks much for being here and hopefully everyone can one-click that weekend freebie! Here is the link again: Courtesans in Space!

The past never strays far from the present. Neither do my thoughts of him.

No matter how many cycles I’ve serviced clients around the Rim, I’ve never managed to escape the past. Not even my lover’s touch calms my fevered mind or tames the heat that flares in my flesh with each stroke of his tongue. The only way I’ll gain freedom from the haunting dreams that disrupt my sensual practices is to face and embrace the truth.

Of all I’ve become. Who I have lost. And those I’ve found.

My mech tech lover and I concoct a daring plan as we near the distant planet where my financial troubles all started. The children we rescued from a trafficker represent only a tiny fraction of the flesh trade, and I’ll do everything in my power to put a stop to the horrific practice.

But as we dig deeper into the seedy underbelly of Rim life, we discover that finances and familial restoration are the least of our concerns when a plot against my prince is uncovered, exposing much more than my past.

It reveals my intended purpose.

Read this ongoing science fiction steamy space opera romance series today. Each sexy episode contains mature content and language with a HFN ending to keep you up reading through all hours of the night.

Cheri Chaise writes seductive and sensual romance novels set in a galaxy far, far away or the wild, Wild West of early America. A previous career in finance and a love of history allowed her to travel across the country to gain direct knowledge of many of the settings in which her novels take place, though she’s still waiting for a return call from NASA.

Cheri calls Florida home for now, but she continues to pine for the cooler temperatures and rugged terrain of northern climes that she once called home. But as long as her beloved husband is by her side, anywhere they are together feels like home. 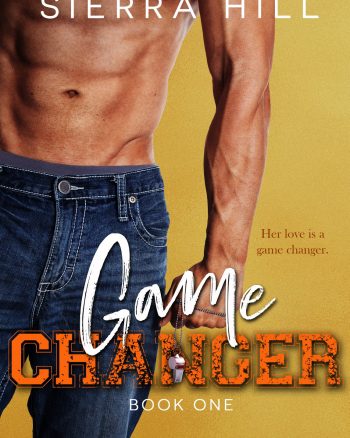