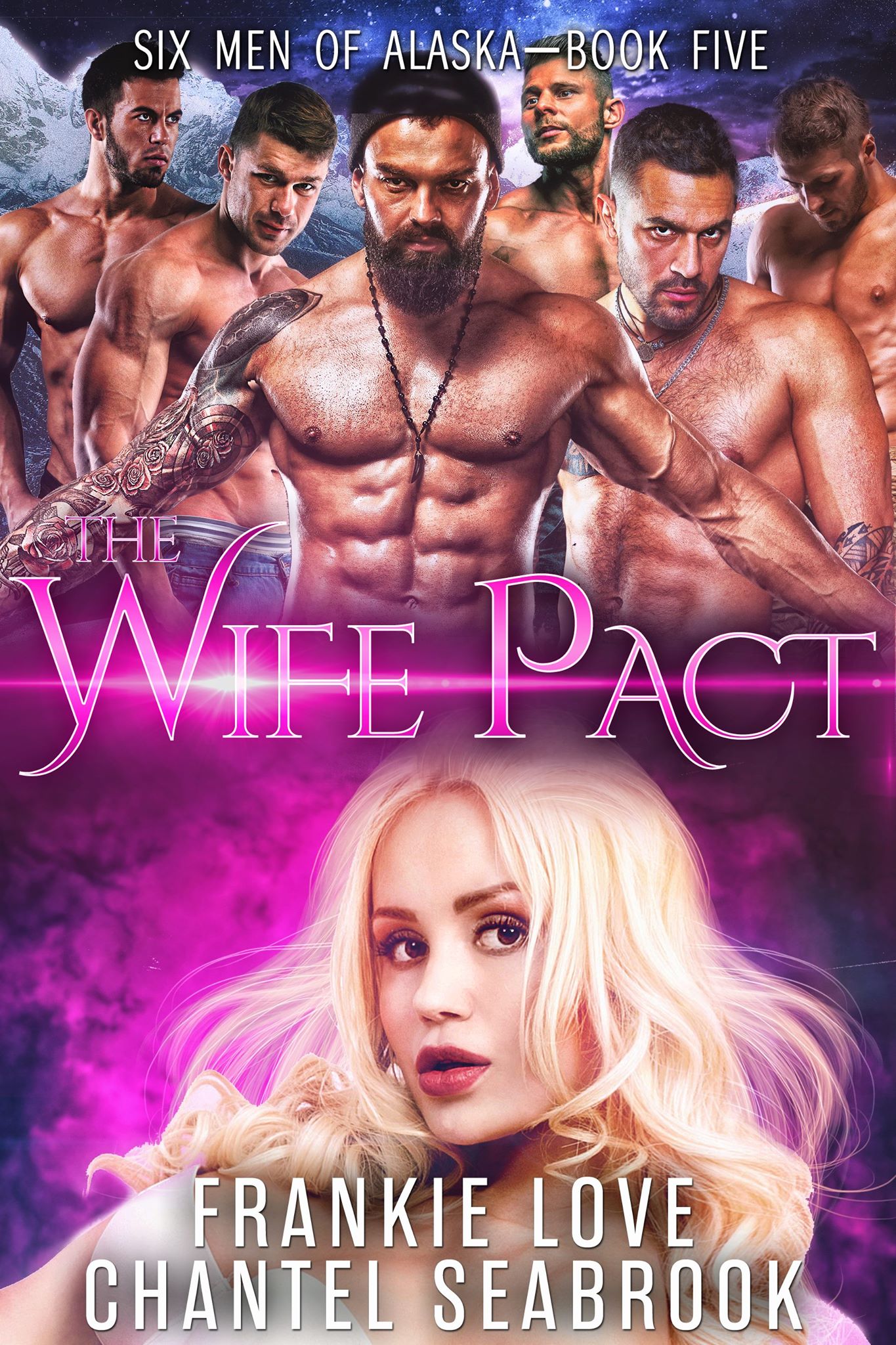 
When an ultrasound reveals the truth about Tia’s pregnancy, the compound is riddled with fear. They know that it means one thing — death. Unless Banks can find a cure.

Stress weaves its way into Tia’s heart and a break from the harsh reality is just what the doctor ordered. But a trip to Emerson’s family home reveals yet another hidden secret and Tia is confronted with a shocking reality. The man she thought she knew so well has been keeping the truth of who he is from everyone.

Emerson has his own demons. Can he finally prove himself to the woman he loves? And will she learn to trust him before it’s too late?

The Wife Pact is book five in a six-book dystopian romance series, which must be read in order. The passion is high but the stakes are even higher. Tia and her rugged husbands are in the wilds of Alaska fighting for their lives – and for their love.