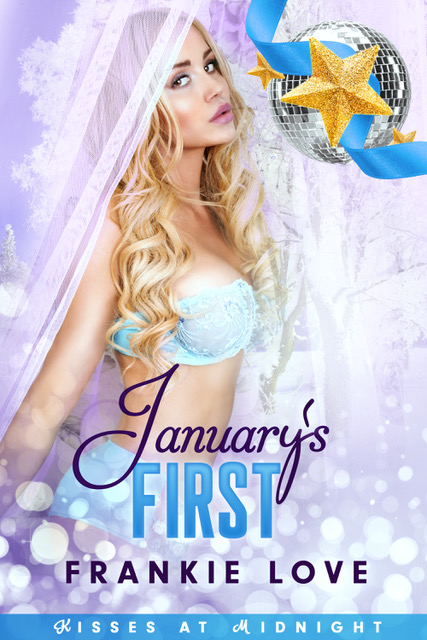 I’ve been in love with January since the moment I met her.
She was off-limits then. And nothing’s changed now.
But when I see her on NYE, all grown up, I can’t help myself.
I’ve waited a long ass time to make this resolution more than a fantasy.
It’s time to make the girl of my dreams mine.
I’m a man who lives alone in the desert.
She’s a posh princess in the city-- and my ex-stepsister.
But this year, she’s gonna be more than that.
I’m gonna be her first.
And she’s gonna be my last.

Dear Reader,
Josh has a hard-on for January, and he’s been waiting all his life for show and tell.
It’s a little insane, a whole lot dirty, and a banging start to the New Year!
You grab some bubbly; I’ll toss the confetti, and let’s watch these two make some fireworks.
xo, frankie
Januaury’s First is just one book in the Kisses at Midnight Collection!
Don’t forget to check out the others!
His Resolution by Dani Wyatt
and
New Year, New Eve by Hope Ford!