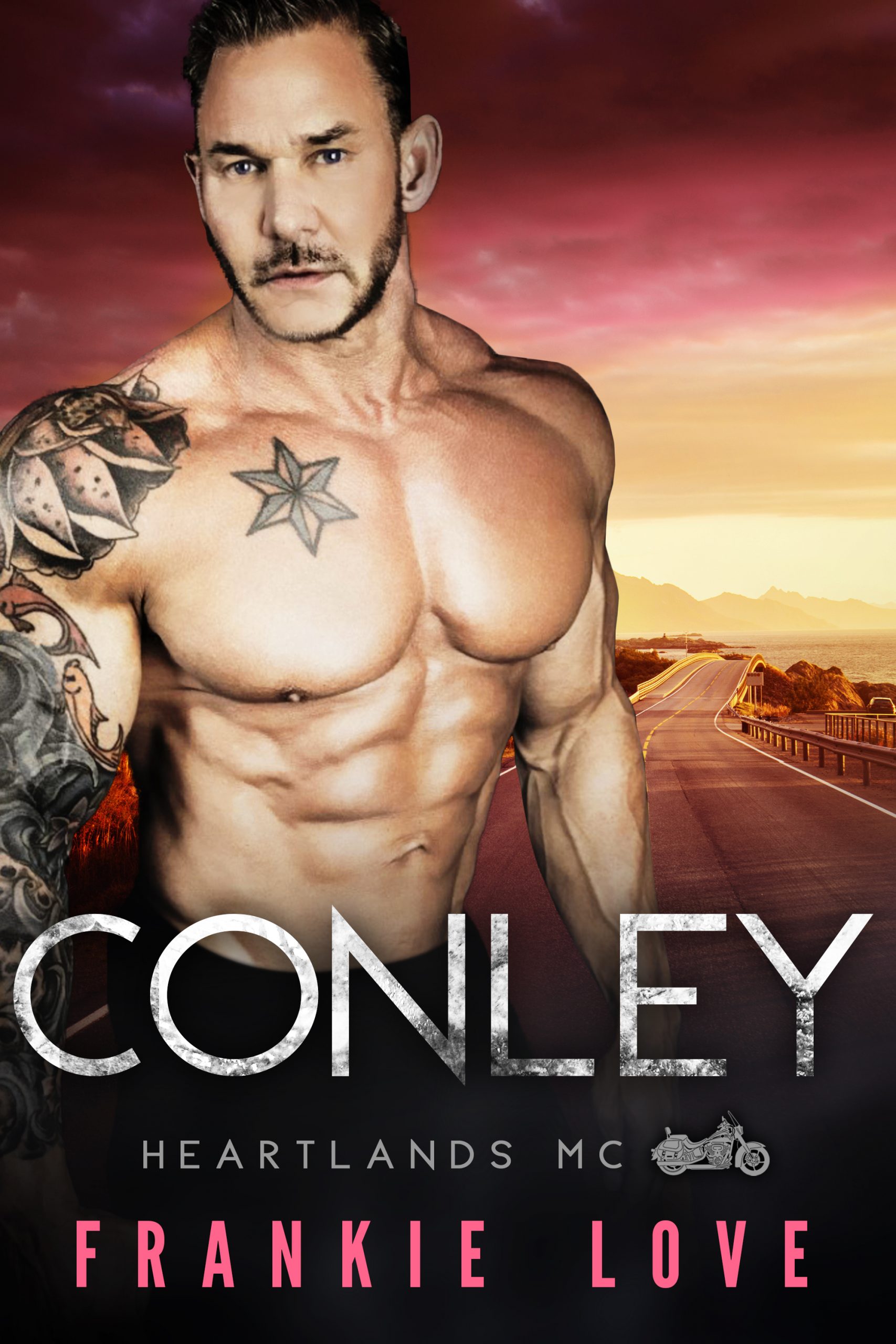 
When Calico shows up at the Garage with a busted car, I know she’s in trouble.
Her four-wheel piece-of-shit is filled to the brim with her and her son’s belongings. She’s running from something. From someone.
She’s been through hell, and she’s not interested in getting involved with a biker like me.
But she isn’t going anywhere. One look at her curves and I know she’s mine.
I’ve been celibate for a long-ass time — waiting for a real woman who stirs my heart. It’s her I’ve been waiting for.
Getting involved with the president of a motorcycle club is the last thing this single mom wants.
But this isn’t any MC. This is the Heartlands.
When I discover her ex is my sworn-enemy, there is nothing stopping me.
I’ll make him pay, and then I’ll make her mine.

Dear Reader,
Conley is a sexy-ass silver-fox and Calico is a sweet-heart who is down on her luck. But once she sees what he’s packing, she’ll be begging to get down on her knees.
There’s a twenty-five year difference between these two — but age is just a number. True love conquers all in the Heartlands. I promise.
xo, frankie

The alpha males of Heartlands Motorcycle Club are the most possessive, devoted, and territorial men in the country when it comes to the ones they love.
Heartlands is a rough and rugged new series of standalone stories. Written by four of the most trusted names in short and steamy romance, each book will get your motors revved and your hearts racing. Guaranteed.
XO, Frankie, Dani, Olivia, and Hope